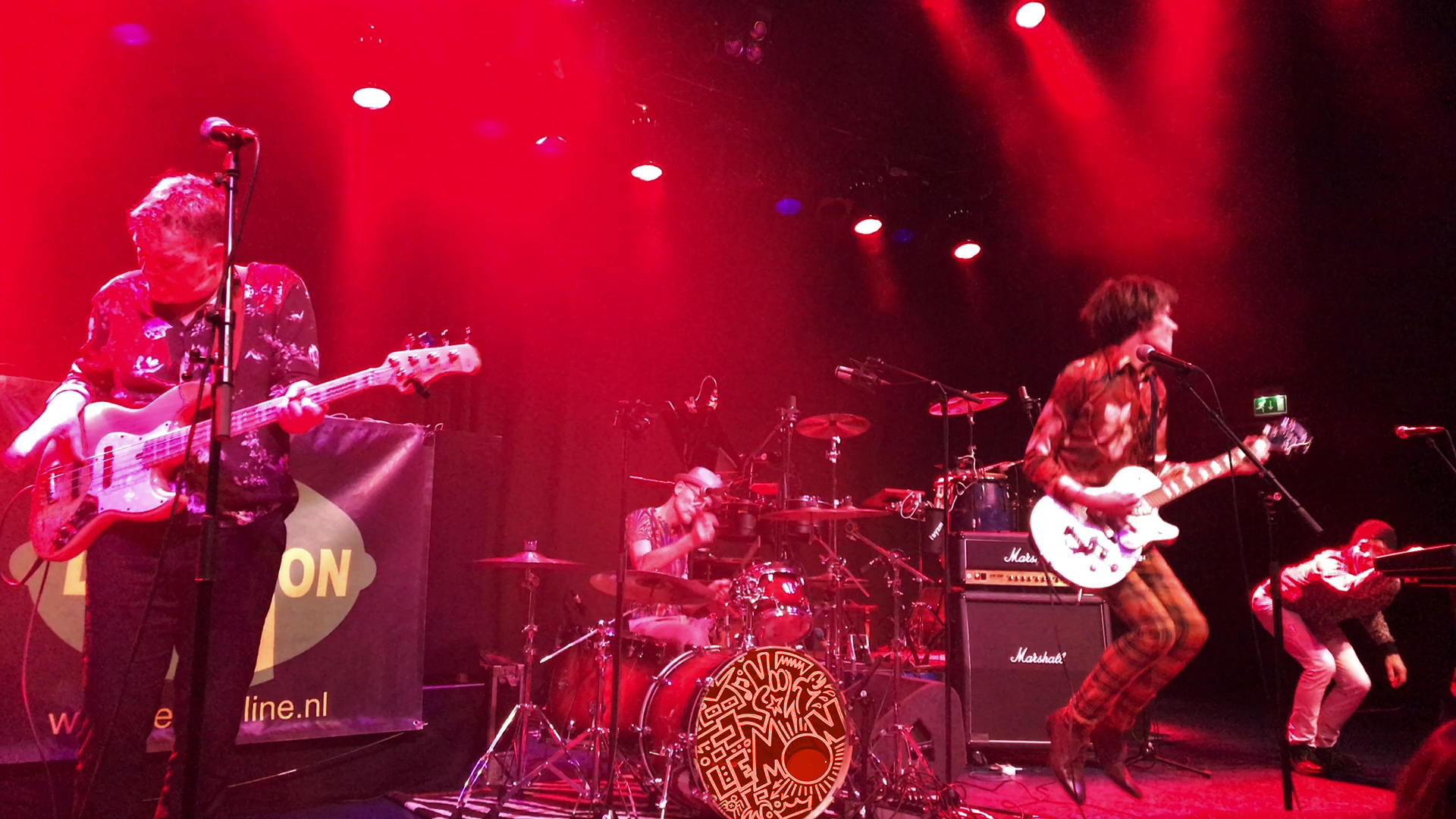 At King’s Night; the night when all of The Netherlands turns orange to celebrate the King’s birthday, Lemon from Amsterdam releases their fourth album, titled Perfect It Will Never Be. The album is the follow-up to their critically acclaimed album NEDchester. A preview of the full-length album is now available on SoundCloud (tracklist in notes underneath the sound file): https://soundcloud.com/lemonamsterdam/perfect-it-will-never-be-full-album/s-bNz9S

Influenced by the MADchester sound from the early Nineties, Lemon crafted their own version of that groovy Britpop vibe, carrying Dance and Psychedelic elements. MADchester from the Netherlands, hence: NEDchester. Next to – obviously – hearing influences from bands of the MADchester era: Primal Scream, Happy Mondays, Charlatans and Stone Roses, reviewers mention the Kooks, Kasabian and – less frequently – Talking Heads as references.

The release of the album will be celebrated the 26th of April, with a free King’s Night concert at the Noordermarkt in Amsterdam, starting at 7.30 PM. From that day it will be available on iTunes, Spotify, Deezer, Amazon etc.

About Lemon’s previous album: Netherland’s number 1 Music Magazine OOR wrote “The best songs on the album are as great as Stone Roses or Happy Mondays work”. The critic confessed the vibe of these songs really moved him (literally: “these moments bring a tear to my eye”). Music Magazine FRET stated: “Lemon creates a great groove, colored with a catchy guitar and an infectious bass. A beautiful nostalgic tribute to an exciting musical era.” Website Festivalinfo.nl rated the album 4 out of 5 stars. The critic of this site did not refer to the MADchester sound. He mentioned MGMT as a reference, but concluded his review by stating Lemon has a unique sound of their own.

“Personal Revolution”, the first track of the NEDchester album, reached the 3rd position in the NL Indie Chart. Kink FM DJs talked about “a great track with a great vibe” and “truly a massive track”. According to VPRO’s 3voor12, Lemon’s show at the Melkweg Amsterdam – as a support act for one of their favorite acts The Charlatans – proved the band keeps the Mancunian spirit alive. Lemon also played the aftershow for Primal Scream at the Amsterdam Paradiso.
LEMON